We’ve done concerts before, even on a fairly epic scale: one of our first annual concerts was at the former Sydney Improvised Music Association (SIMA) HQ at the now defunct Sound Lounge jazz venue. Even grander, we’ve had all our bands and private students play in RSL club auditoriums. But this was the first time we’ve done a multi-day event as the JWA Jazz festival. Eighteen bands over two days. It was pretty special.

The festival ran over two days. Saturday 25 June showcased all out junior and youth combos. Then on Sunday 26 June it was the turn of all our adult combos to perform. The venue was Derby House, in Glebe, a former jazz club currently rebuilding as a live music venue after a hiatus. Both days were great.

Day 1 started well, albeit a little late due to confusion over the venue double-booking the larger upstairs space at Derby House. The opening band was a more advanced group tutored by trombonist Ragan Kang. The rest of the afternoon – and into the evening – featured groups tutored by Jack Stoneham, Dr Saul Richardson, and Michelle Shih. The student performers ranged in age from eight years old to eighteen. There were very young players performing in a jazz combo for the first time, and older students who already are young professionals starting their careers in jazz.

The ambitious program ran a little bit late. Well, very late by the end, but everyone seemed relaxed and happy with the outcome. It may even have given people the chance to hear a bit more of the other bands. It’s really important for young musicians to hear each other and a good way to get a sense of the sheer scope of the amazing community we have at JWA. By the time the ‘Jazz Workshoppers’ combo (so-named for their recent sets at the Merimbula Jazz Festival) finished, everyone was on a high and the mood was joyous.

Day 2 started right on time and the earlier groups even played a bit under-time. The day featured groups tutored by Gavin Ahearn, Deven Rahman, Michelle Shih, and Saul Richardson. Again there were musicians performing in a jazz band and improvising in public for their first time. From them their was a range of levels of experience right up to musicians already playing professionally in their own right but honing their craft in the JWA combos.

The festival saw a lot of truly fine playing. There were subtle and creative interpretations of ballads and other tunes such as Wayne Shorter’s ‘footprints’. Balancing this there were virtuosic flourishes from our more experienced players and powerful highlights.

Ultimately, it was the scope and vibrancy of the community of students and their families and supporters that was the greatest revelation of the JWA jazz festival. Jazz Workshop Australia is for everybody, and anybody keen to embrace the challenge and the opportunity is welcome. The achievements of the advanced players was on display as were the impressive works-in-progress of those less-experienced. What could not really be seen are the large numbers of JWA alumni working successfully as professional musicians in jazz and other fields – tangible evidence of the unequalled effectiveness of our programs. Likewise, probably more importantly, there are numerous alumni who never planned on musical careers but have jazz as a part of their lives and who they are and have found joy through music at JWA.

Congratulations to everyone involved in the JWA Jazz Festival 2022: performers, teachers, parents and supporters. It was a terrific weekend and a fine showcase of the teaching and learning that happens in the Jazz Workshop Australia jazz combos program. We thank everyone who supported the festival. 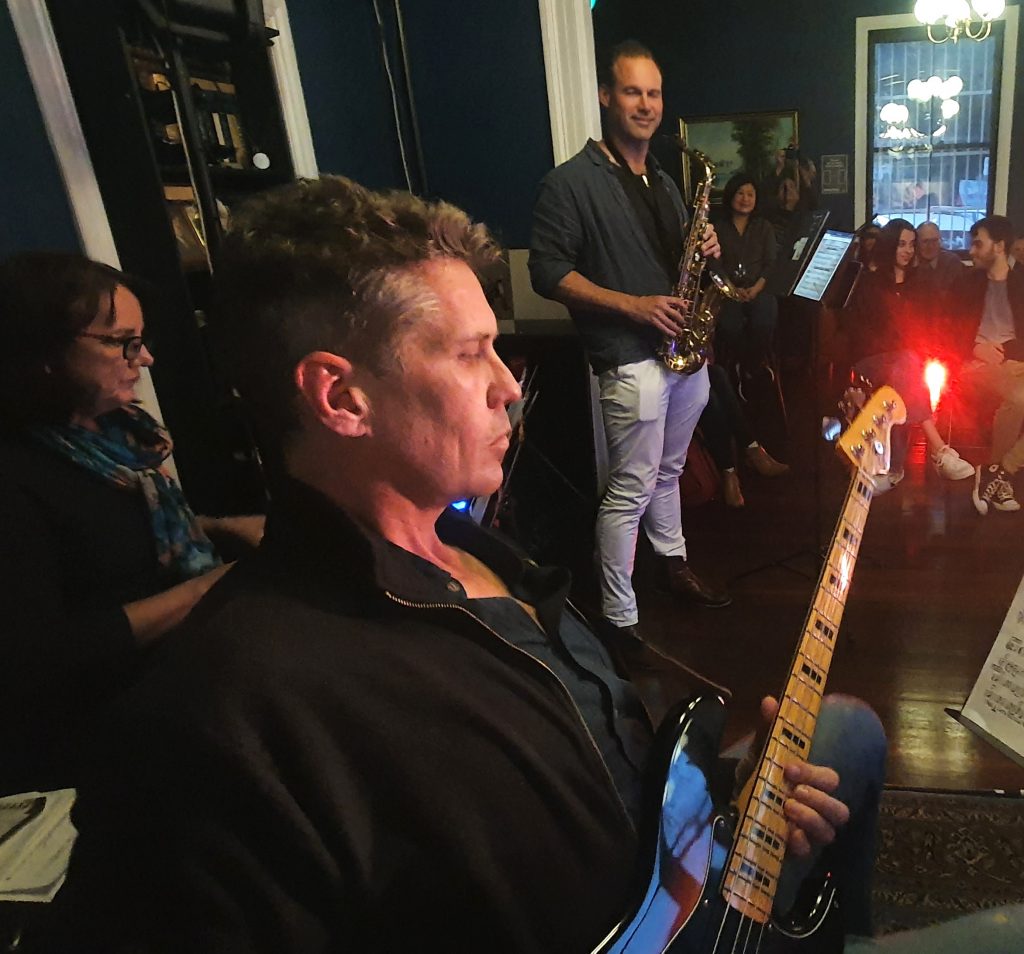